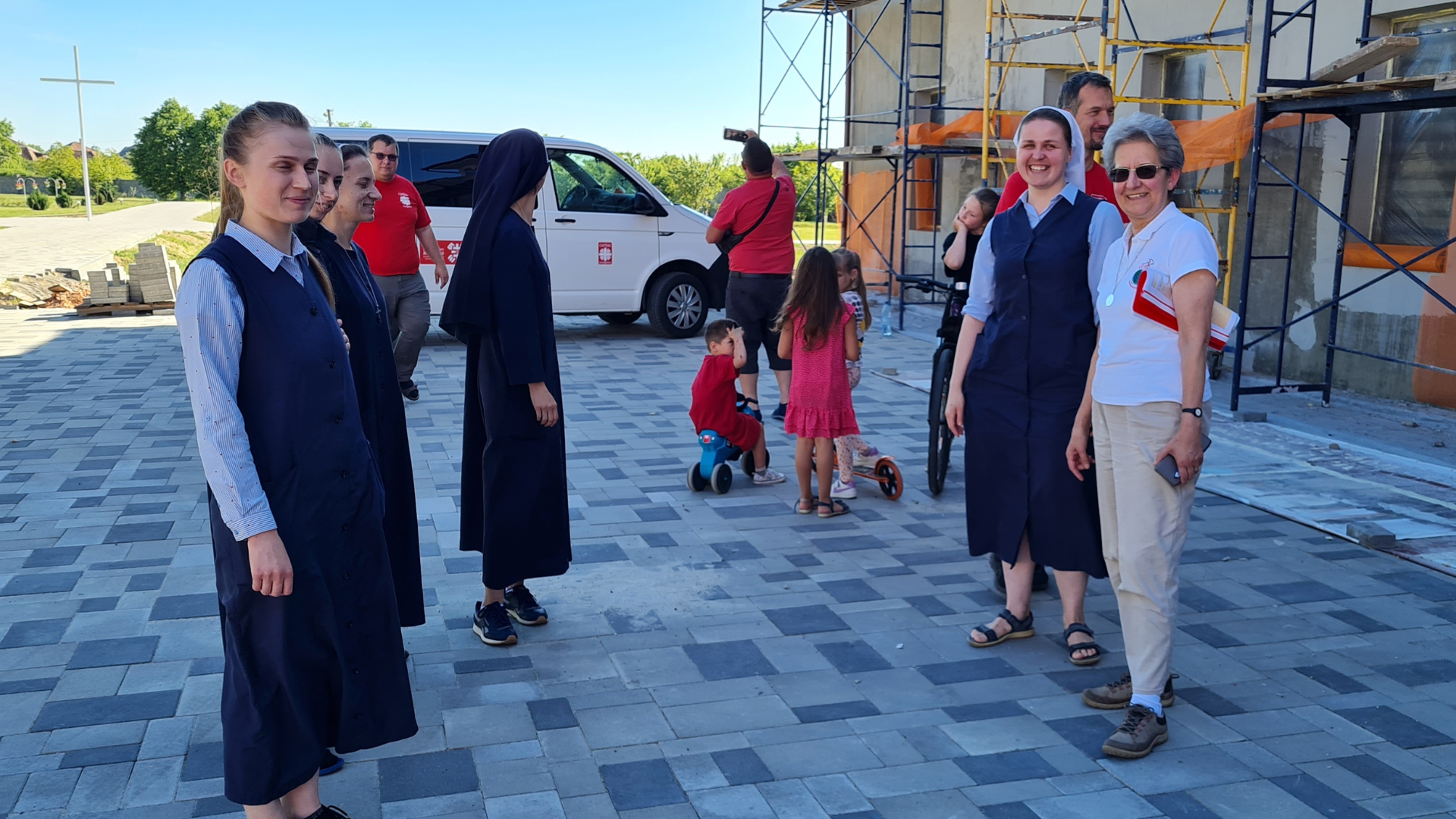 Ukraine: Instead of Gunpowder and Cannons, with the Weapons of Love

Ukraine: Instead of Gunpowder and Cannons, with the Weapons of Love

"I have tried, through my personal experience and through the Hungarian specificities, to give some insight into the situation in Ukraine and how I see this very complex situation through the charism of my own community."

These developments include nuclear threat, the destruction, the fate of hundreds of thousands of refugees as well as the food and economic crisis. We also feared/are afraid of the possibility of an escalation of the war. Hundreds of thousands of refugees - primarily women and children - arrived/are arriving in Hungary on foot, by train or by car.
The main task of the first weeks was the organization of the refugees' feeding, accommodation, onward travel, information as well as offering translation.

The presidencies of the two religious superiors' conferences met immediately after the outbreak of war and decided to try to help together by setting up a helpdesk at the railway station. In the end, this was not necessary in this form. The Hungarian state built up an extremely well-organized network for receiving and helping refugees, in which the religious were mainly able to join as volunteers. Admission to houses of the religious happened typically for shorter, temporary periods. The majority of refugees continued to travel after a few days or weeks to relatives and acquaintances who had been working here for a long time or simply to countries they considered safer. 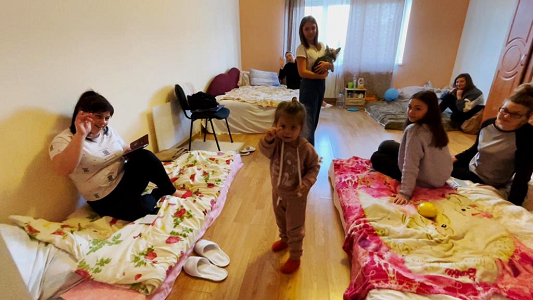 My own community, the Society of Sisters of Social Service, was also involved in this type of work. As volunteers or as employees of aid organizations, we were present at the train stations, we bought food and took it out to refugees arriving, we helped/help in the warehouses of the aid organizations in the management and compilation of donations, we held crafts workshops for child refugees, we helped the refugees with larger amounts of monetary and material donations. For me, the most moving thing was meeting the broken families getting off the trains. Many of them could not even bring a suitcase, they just packed the most necessary and quickly transportable/savable things into a few plastic bags.

We accepted only ten people into our convent, three adult women and seven children, including one infant. They arrived in Hungary from a village next to an electric power plant occupied by the Russians with relatively few packages and plastic bags. When we took them from the train station to the convent at night, despite the tiring two-day journey and the trauma of the war, they marveled at the beauty of illuminated Budapest. It was also nice to see how they trusted us and, similarly, they also relied on the unknown Austrian and Ukrainian drivers who transported them on. With their help they traveled on to Austria and Poland after a few days. The greatest excitement was connected one night to the onward journey of a teenage girl, who was taken to Poland by a stranger known by her father only. The father remained in Ukraine and therefore, the unfamiliar man was identified through Facebook. 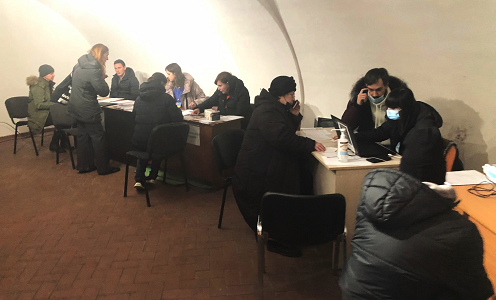 In addition to being present at the railway station, I also accompanied an aid shipment to Ukraine which consisted of 10 minibuses and a van containing blankets, food, cleaning agents and an industrial washing machine. The aid shipment worth more than 42,000 euros was assembled and delivered with the help of the Diocesan Charity of Szombathely.

The money came from the support of the UISG (30,000 euros) and that of my own community, the Society of Sisters of Social Service (12,000 plus euros). During the distribution of the donation, I met the director of St. Panteleimon Charity, the vicar of the Greek Catholic Diocese, a religious superior, internally displaced persons and the families accepting them, including a woman who had previously fled to Hungary with her family, but helplessness and concern for her home brought her back to Ukraine, and later she accepted 4 internally displaced persons from Mariupol. In addition to the donations addressing the physical needs of the people of Ukraine, perhaps the greatest need would be to alleviate the psychological trauma, vulnerability and hopelessness. The priests and the religious living there are trying to assist with this, with little success.

For me the thoughts of Margit Slachta, our foundress offer help in this situation. She saved more than a thousand persecuted people with the help of the sisters during World War II. She was convinced that war was only a consequence, as the fire of hell on earth was ignited by the denial of Christ's truths and legal order, and therefore we must act with the weapons of love, clothe ourselves in spirituality instead of armor and helmets, and in this world war, which is against God's Holy Spirit, join God's Holy Spirit and call others to do the same."

Thanks to the Conrad N. Hilton Foundation, UISG is financially helping female congregations in Ukraine, Poland, Hungary and Romania to manage at best this emergency.

If you are a sister located in one of these countries and together with your community you are hosting Ukrainian refugees you can apply for a financial support by filling in this FORM and sending it to emergencyuisg@gmail.com.

I live in New York, therefore, very far from the horrors created by this meaningless war to the people of Ukraine. With this note I thank you and all the Religious giving of themselves and resources to comfort those who take refuge in Hungary. My prayers are my contribution for all that you are doing. Sr. Anna Maria, rscm 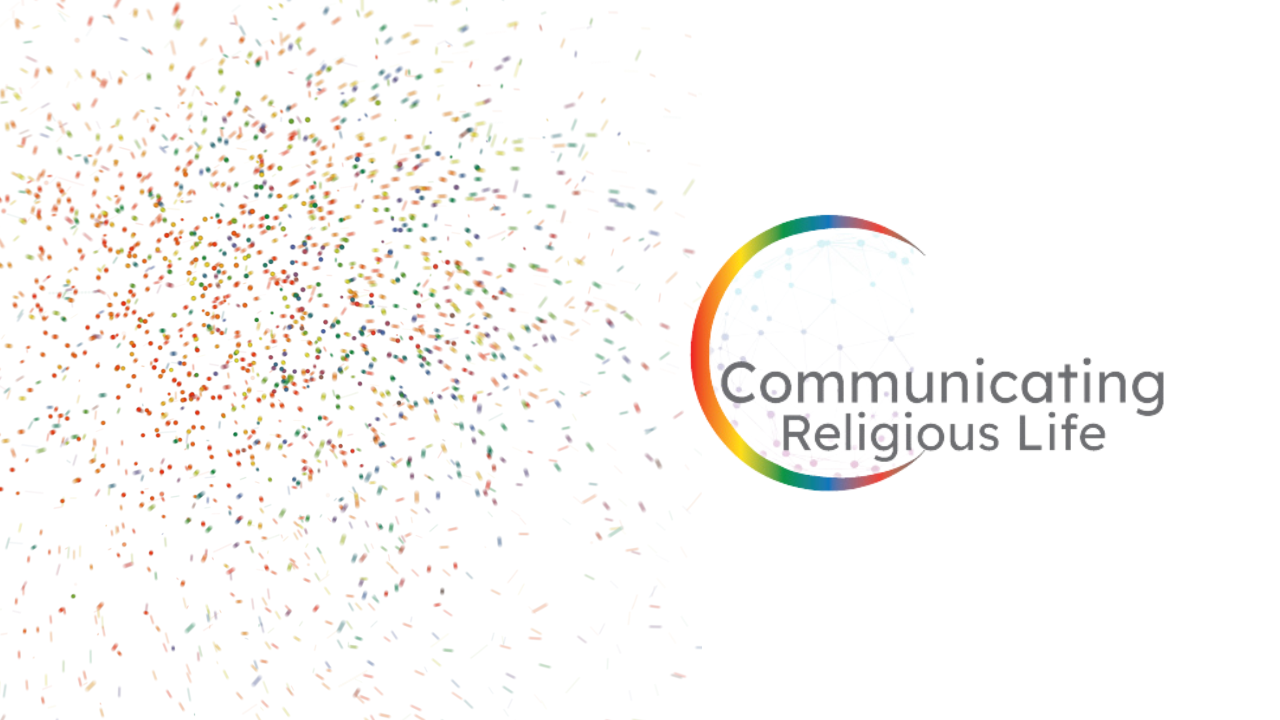 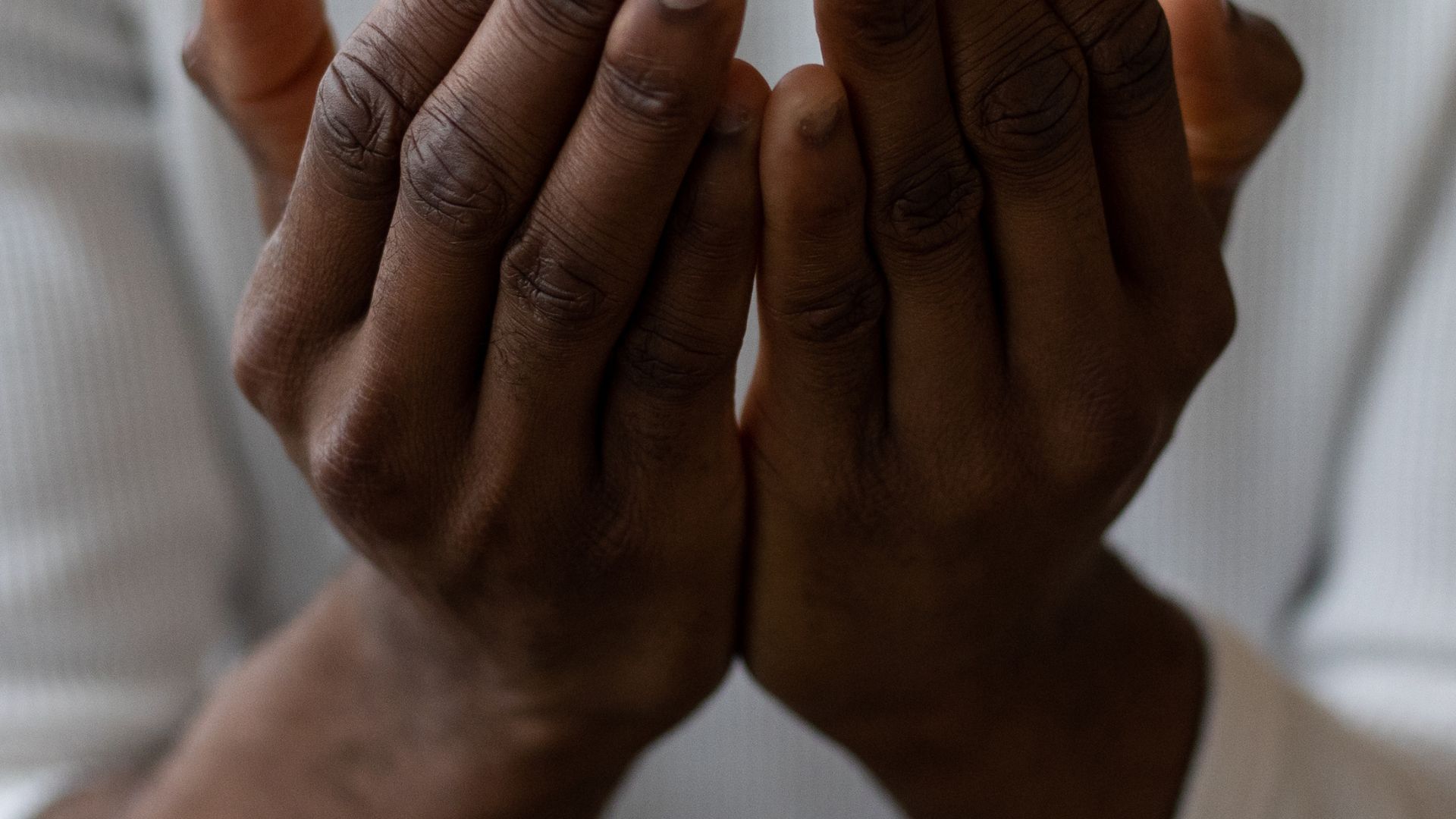 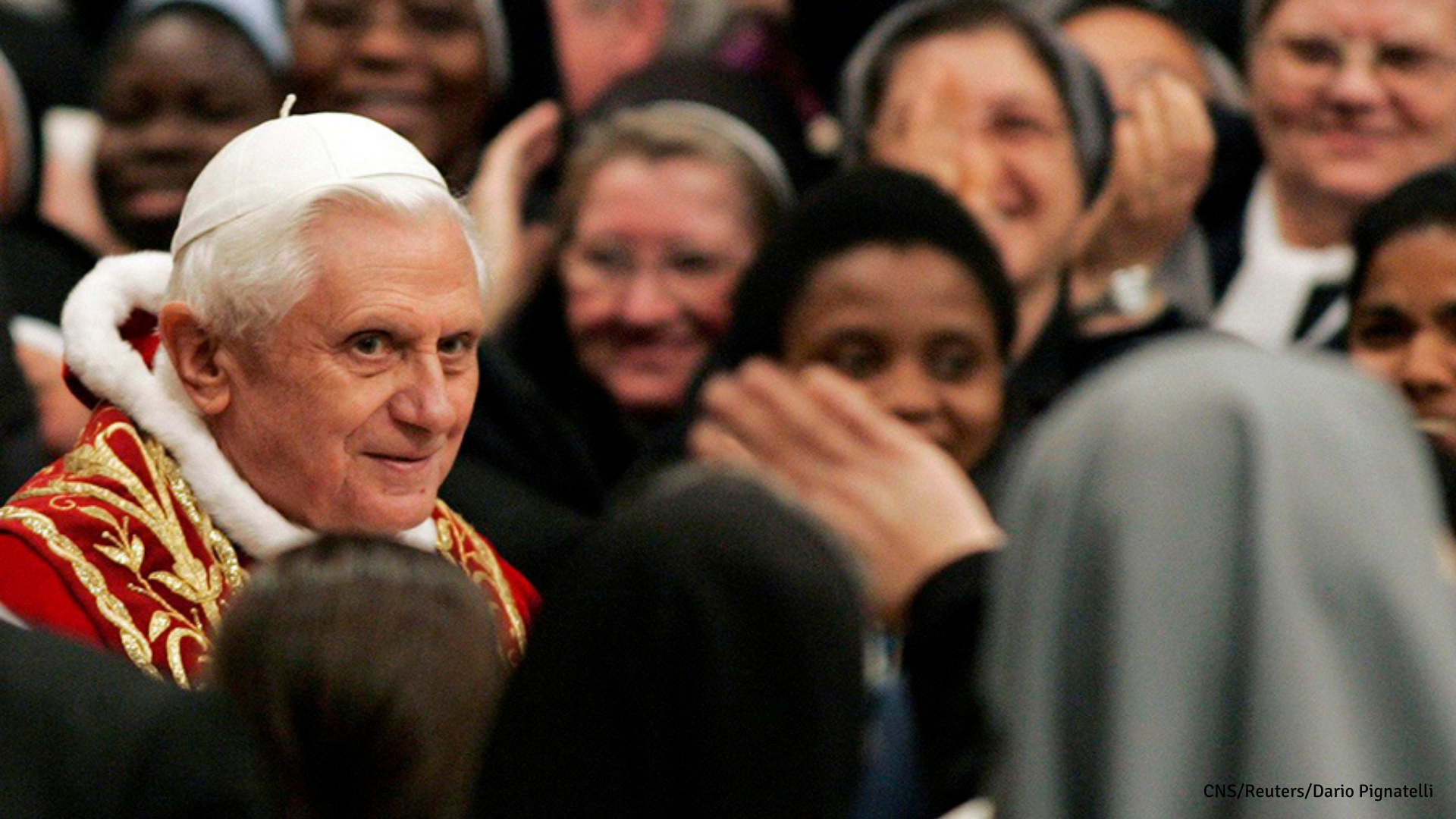 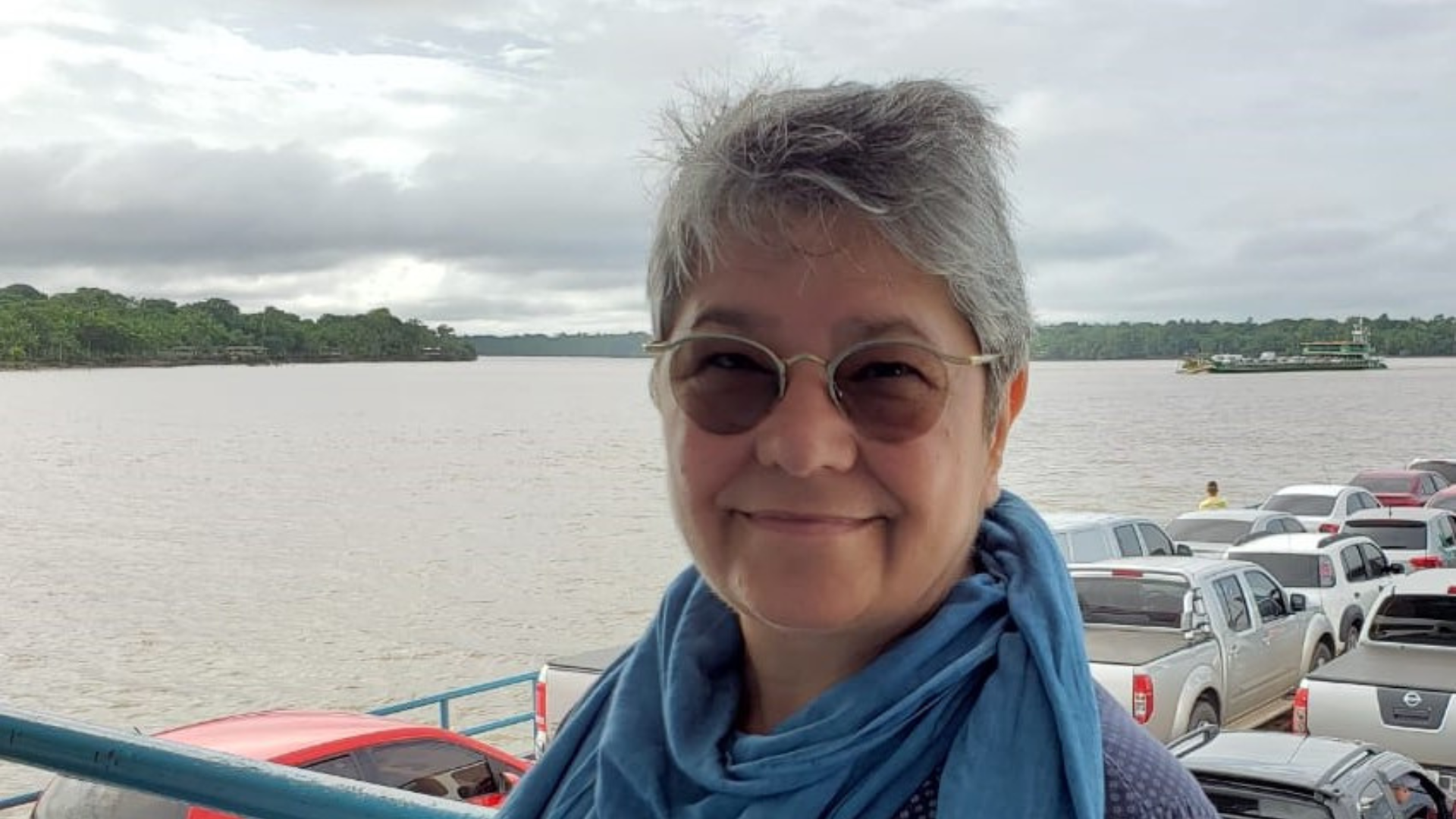 News Tuesday 28 June 2022 New Leaders: Who are the sisters? Read