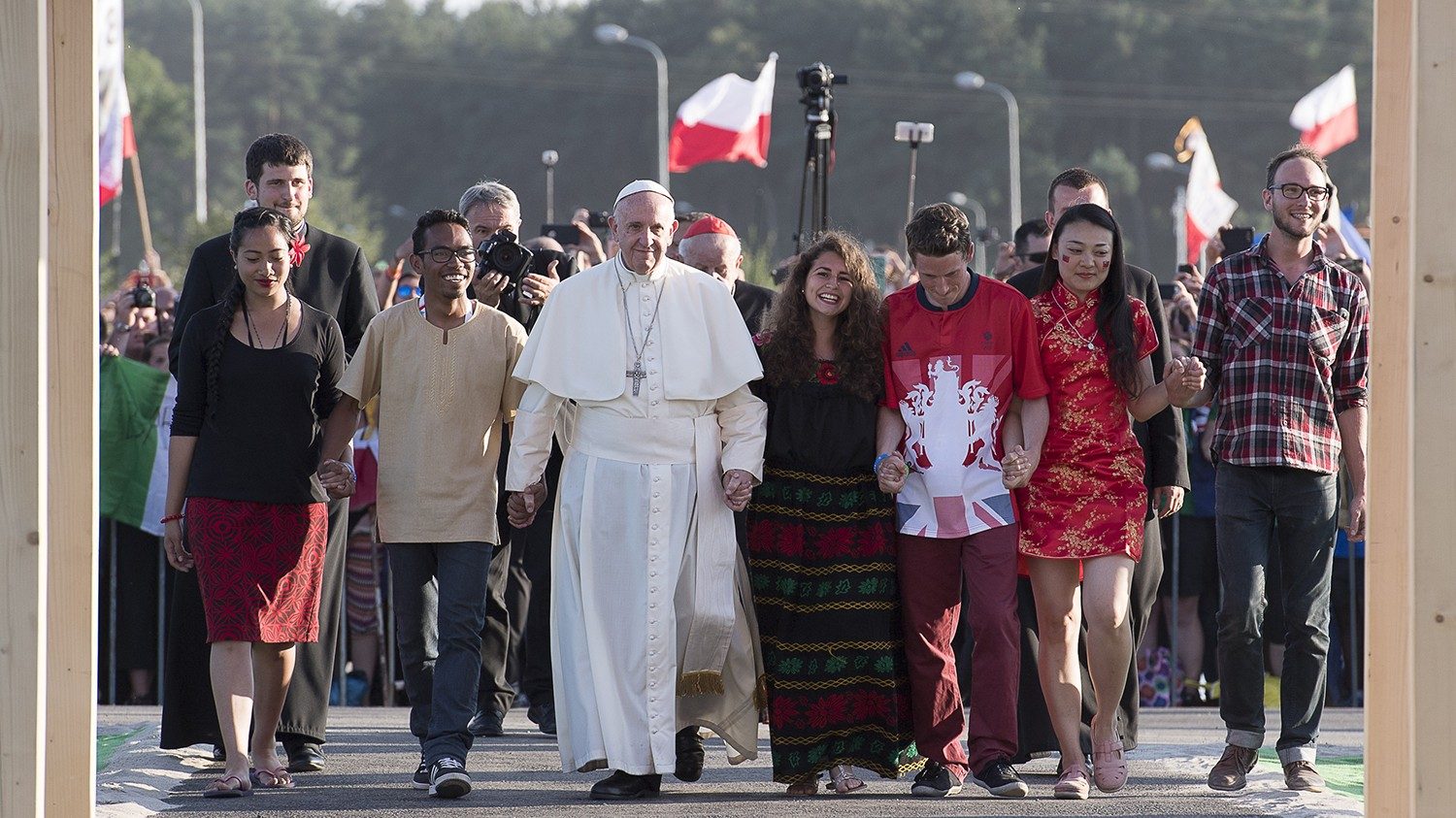 We publish the testimony of Sr Claudia before she participates in the International Economy of Francis Event.

Sr Claudia, along with 4 other Religious, will represent UISG at this meeting. At the bottom of the article we present them all.

My name is sister Claudia Maria, and I belong to the Franciscan Sisters of Saint Philippa Mareri; I am 33 and come from Reggio Calabria. Before becoming a sister, I studied Business Economics in the Università Cattolica del Sacro Cuore (in the Italian city of Piacenza). During my studies, I experienced a deep human, spiritual, as well as professional, growth. Vivid in my heart is the memory of when the Lord “burst” into my life, paving new paths that answered the demands for meaning that I had in my heart, among which the unease I felt in relation to a facet of economics that I perceived as deeply distant from myself and from my expectations. I had the dream of making my life and gifts something great and beautiful, to be put at the service of the poor. As I looked for the face and presence of Christ in my daily life, I had the opportunity of discovering the Economy of Communion, the experience and wisdom of Luigino Bruni and Prof. Stefano Zamagni, as well as the revolutionary microcredit, developed by Muhammad Yunus, and the Church’s Magisterium.

When I embraced religious life, I had decided to leave everything else, including my studies, behind; now, after many years, I am more aware than ever of God’s faithfulness, as I deeply found, and still find out, that everything I put in His hands I am then given back when I least expect it and with an incredibly higher value! This is what Economy means to me: the higher value of God’s presence in my life, embodied in my relationships, formation plans and projects, all things that I’d have never expected, nor dared to ask for! I am deeply thankful to my Institute’s community for having encouraged and spurred me to enter this movement, three years ago; I must also thank them for having walked this path with me in a quiet and praying way, discovering with me the various opportunities that emerged from time to time and ended up involving even our own choices. What is still surprising to me is that the Lord developped His plan for me, based on those desires that I had always had in my heart and that He had always listened to and known!

Economy of Francesco is an opportunity for me to combine the Bible and Economics!

Economy of Francesco has taught me that love knows no limits! Actually, the fact that we couldn’t live our world meeting onlife due to the Covid-19 pandemics, which could have been an obstacle to our progress, turned out to be an opportunity for developping a new process; in fact, all of us participants decided together not to stop our projects, launching instead a series of webinars and Zoom meetings both at the world and at the national and regional level. The word “together” is crucial for us: the beauty of Economy is its being a movement in which everyone can feel at ease, where there are no owners or properties, and all the knowledge and skills are shared and put at the service of others in a gratuitous and disinterested way! I have often wondered about what kind of contribution I could give the movement, being aware of my limited skills. Firstly, the Lord allowed me to experience the beauty and the need for fraternity, following in Saint Francis’ footsteps! Mother Teresa used to say: “It is not how much we do, but how much love we put in the doing!” and I believe that only if projects are planned and experienced in fraternal relationships, then economy can truly be human! As a matter of fact, the work we all carried out in the various groups with which I collaborated, both inside the village (I was in the CO2 of inequality village), and in the group of national reference persons, as well as in the regional group of Umbria, was to me as hiking in the mountains on the rope, for, as Pope Francis says, “no one is saved alone!”.

These years of collaboration have been a training ground of goodness and beauty for me, because they enabled me to learn the logic of gift, to combine diverging visions, to adapt to the rhythm of those who, for several reasons, had been left behind, as well as to practice the art of dialogue, so to make different languages, cultures and religions opportunities to grow in mutual, deep richness, and not to cause marginalization. Furthermore, this experience made me discover the authentically beautiful economy which, as yeast does with dough, has always been embracing me and of which I was totally unaware! As we were gradually discovering the several realities in which our projects were to be carried out and as we were joining forces, we developped many projects, among which those involving schools, the Slot Mob movement for responsible citizenship, aimed at raising public awareness on the problem of gambling, as well as the “Into the label” workshop on responsible consumption and economic democracy.

Economy of Francesco is an opportunity for me to combine the Bible and Economics! I think that an economist must be skilled in theology, if he/she wants to understand the market; in the same way, I believe that economy can also be a synonym of prophecy. I don’t know what the future developments of the event that will take in September, and that we all look forward to, will be; however, I have recently discovered that the presence of religious people in the EoF Movement has been increasing! This makes me very happy: it means that EoF can be fertile ground in which, by combining different charisms, gifts, and talents, and by growing in communion, we can become a “burning bush”, a place in which God is revealed through the wounds and challenges of today’s world and society! 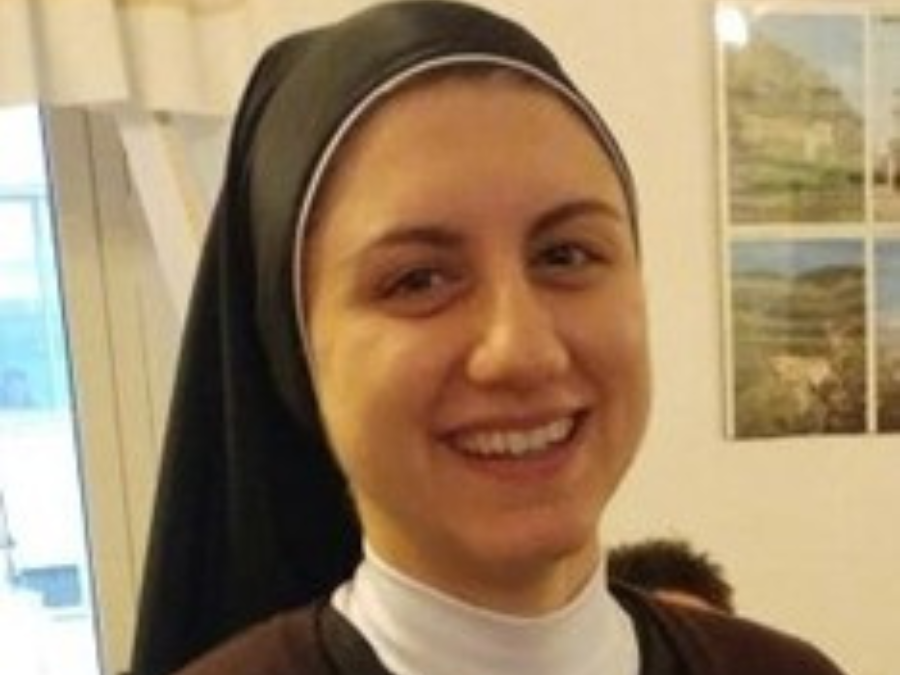 I am Sr Claudia Maria Mundo, a Franciscan sister of the Sisters of St Filippa Mareri. I am 33 years old, I am from Reggio Calabria and since November 2019 I have been living in Assisi.
I studied Business Economics at the Catholic University of the Sacred Heart (Piacenza campus).
In 2019, I obtained a three-year degree in Religious Sciences at the Interdiocesan Higher Institute of Religious Sciences "SS. Apostles Peter and Paul' (Caserta area) with a thesis in ecclesiology having.
I am currently studying at the Theological Institute of Assisi, where I should soon complete my baccalaureate. Since January 2020 I have been a member of the Economy of Francis movement. 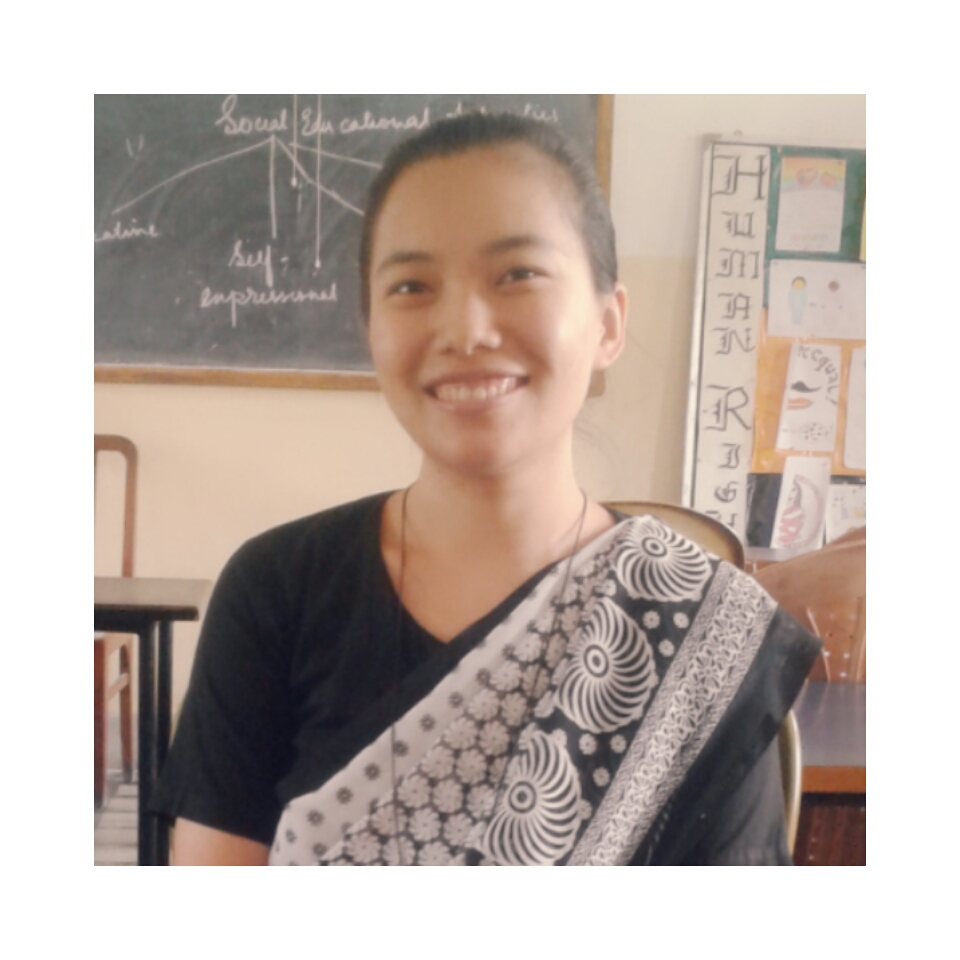 Anu Anet Lepcha belongs to the Institute of the Blessed Virgin Mary (IBVM), known as the Loreto Sisters. She works in a Loreto development centre in Dharan, Nepal. She is one of the members promoting Laudato Si' in the South Asian Province.
She is interested in nature, photography and working for the welfare of society and humanity and above all to be a good person. .
She wishes to be a change-maker and believes that we can bring about change for our common home individually and collectively. 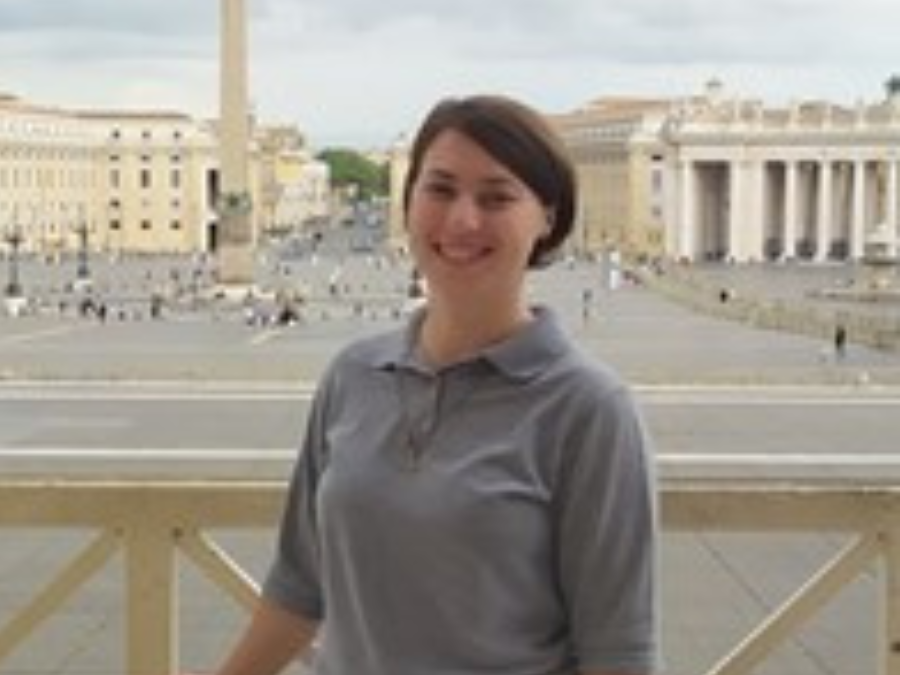 My name is Mariana Eva and I am 34 years old. I am from Rumania and joined the Congregatio Jesu sisters in 2013. Before joining the congregation I worked as a nurse. Right now I am studying Religious Science in Padua continuing my formation proces as a junior.

Right now I live in Vicenza, doing my theological studies in Padua. 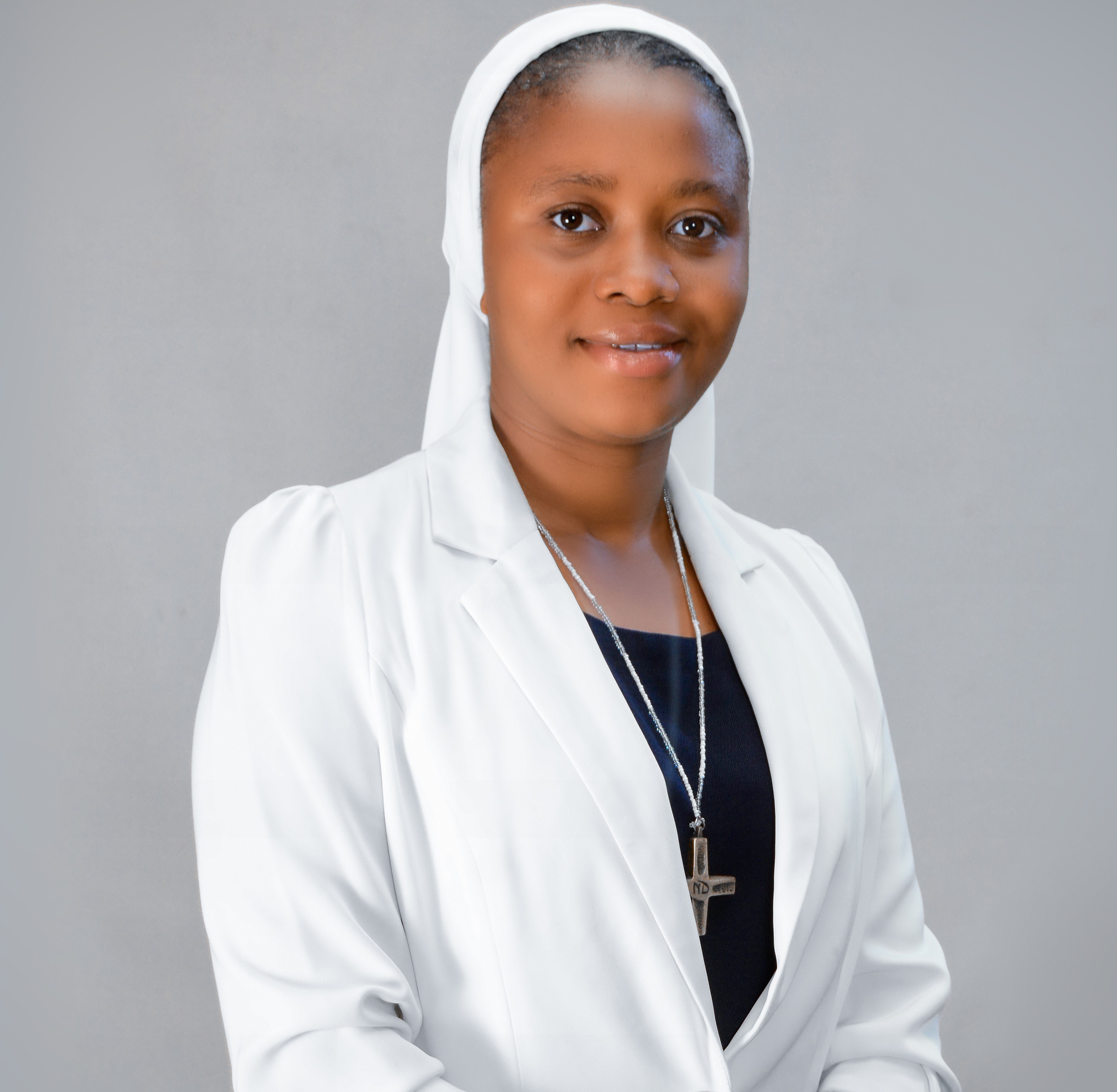 I was born into a Catholic family of eight on 29 May 1992 in a small town called Bomadi, Delta State, Nigeria.

On 8 September 2010, I joined the Sisters of Notre Dame de Namur as a postulant and made my first religious profession of vows in 2014. In 2017, I was admitted to study accounting at Veritas University in Abuja, Nigeria and graduated in 2021 with a Bachelor of Science in Accounting. I am currently working as an assistant bursar at Notre Dame Schools, Enugu, Nigeria. 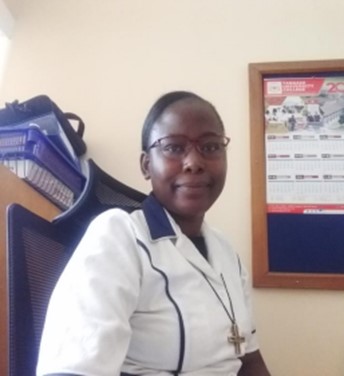 I am Khaisia Shivonje Juliana born in 1993 August 31st. I am the first child of  Mr. Christopher Shivonje and Mrs. Jane Mukoa from Kenya, Kakamega County.  Education: ST. Augustine Primary school, St. Monicah Secondary School and  currently, I will be graduating in October from Tangaza University College (Bachelor degree in Education Arts).

In 2014, I joint Sisters of Notre Dame de  Namur and did my first profession in 2017 July. Currently am ministering in one  of Notre Dame schools in Kenya as an educator in Notre Dame Educational Centre. 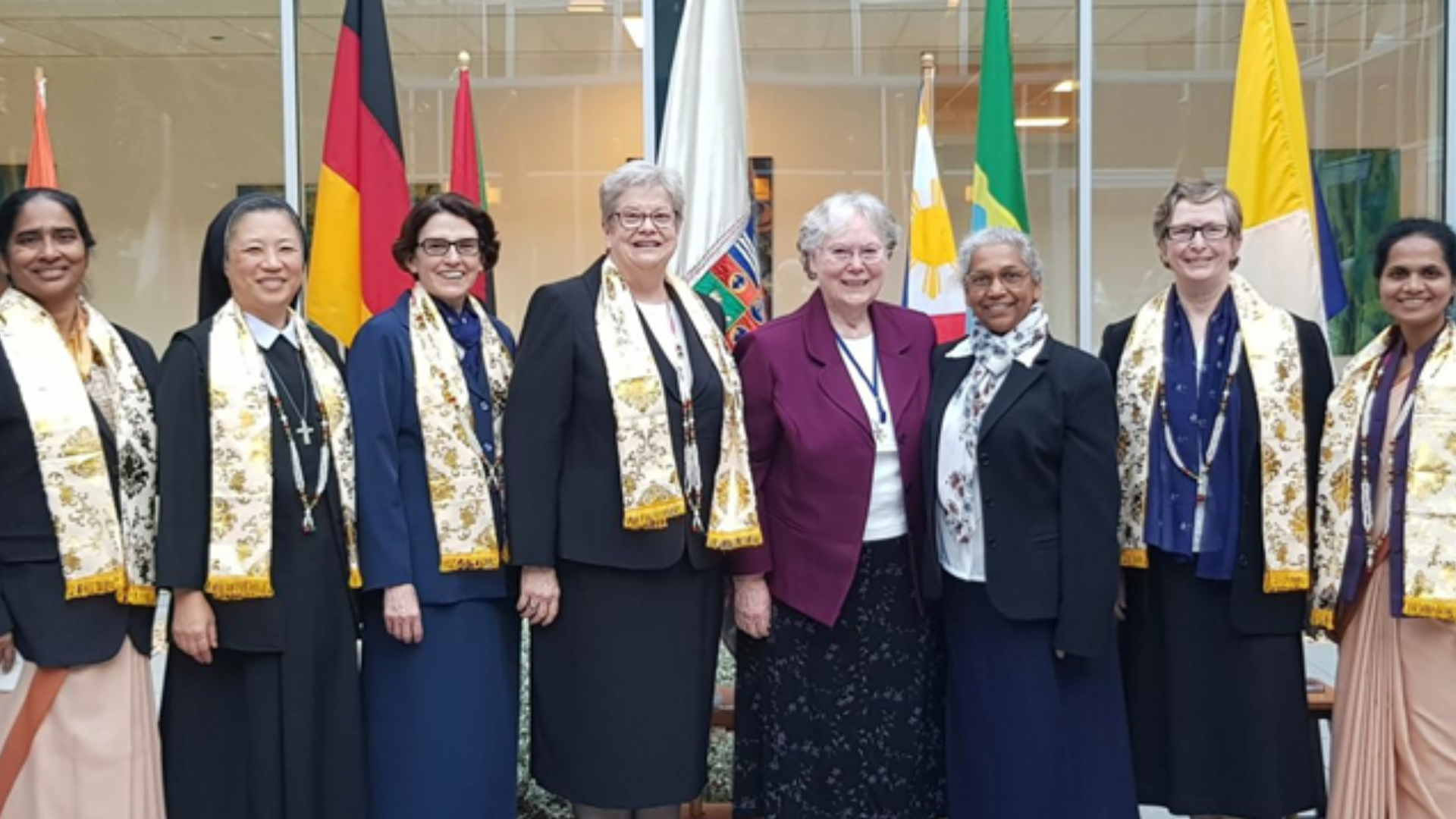 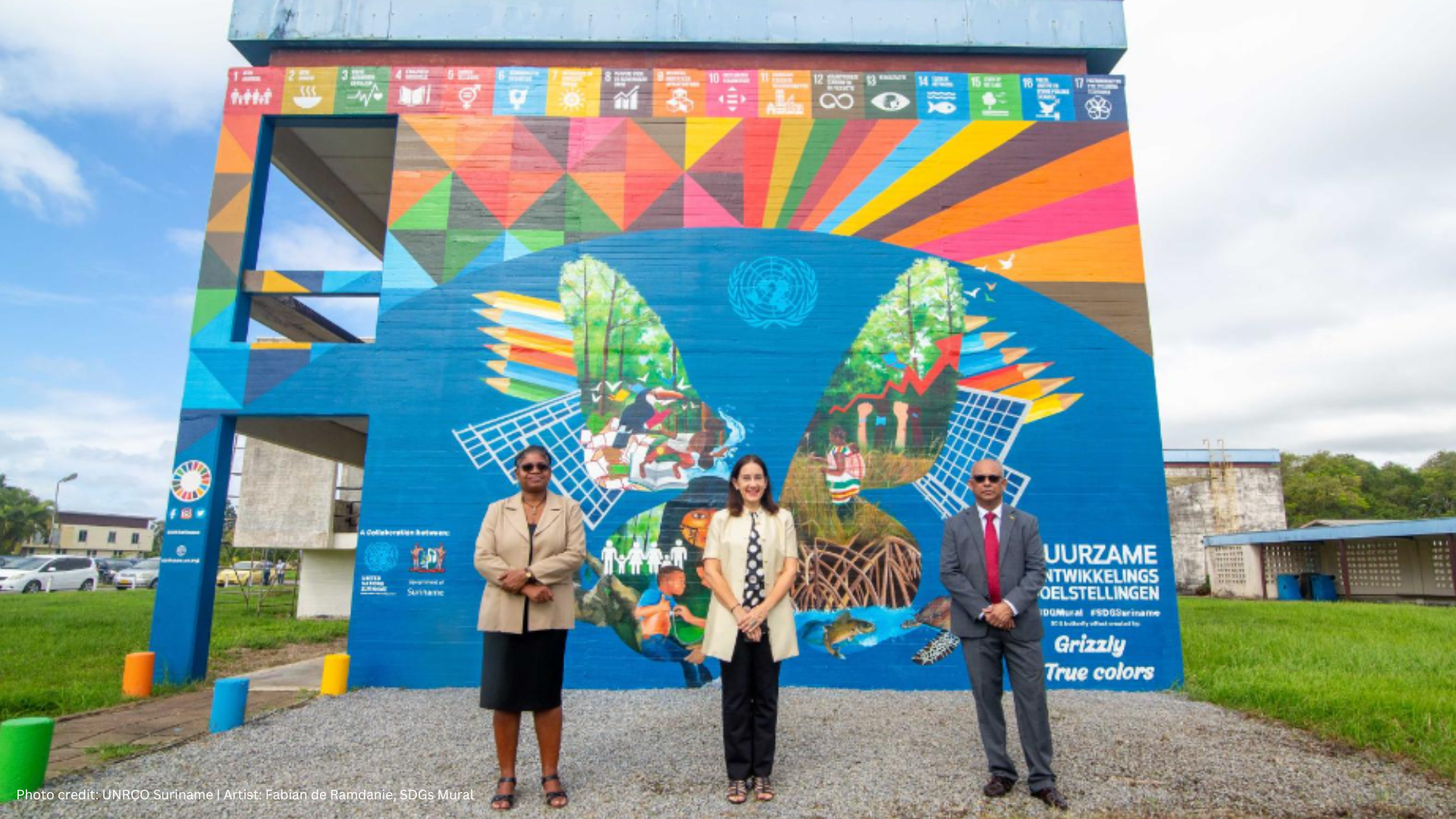 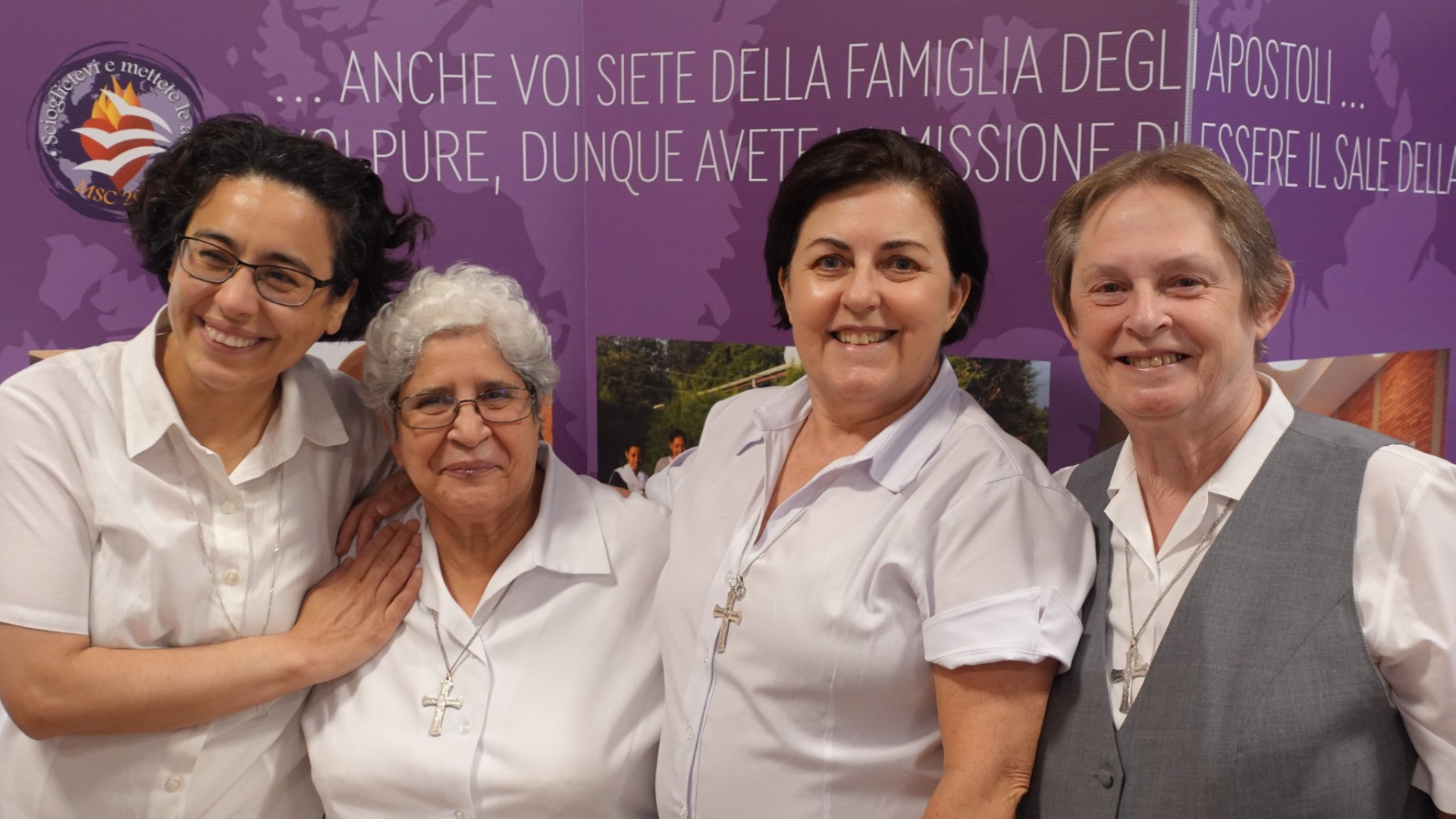 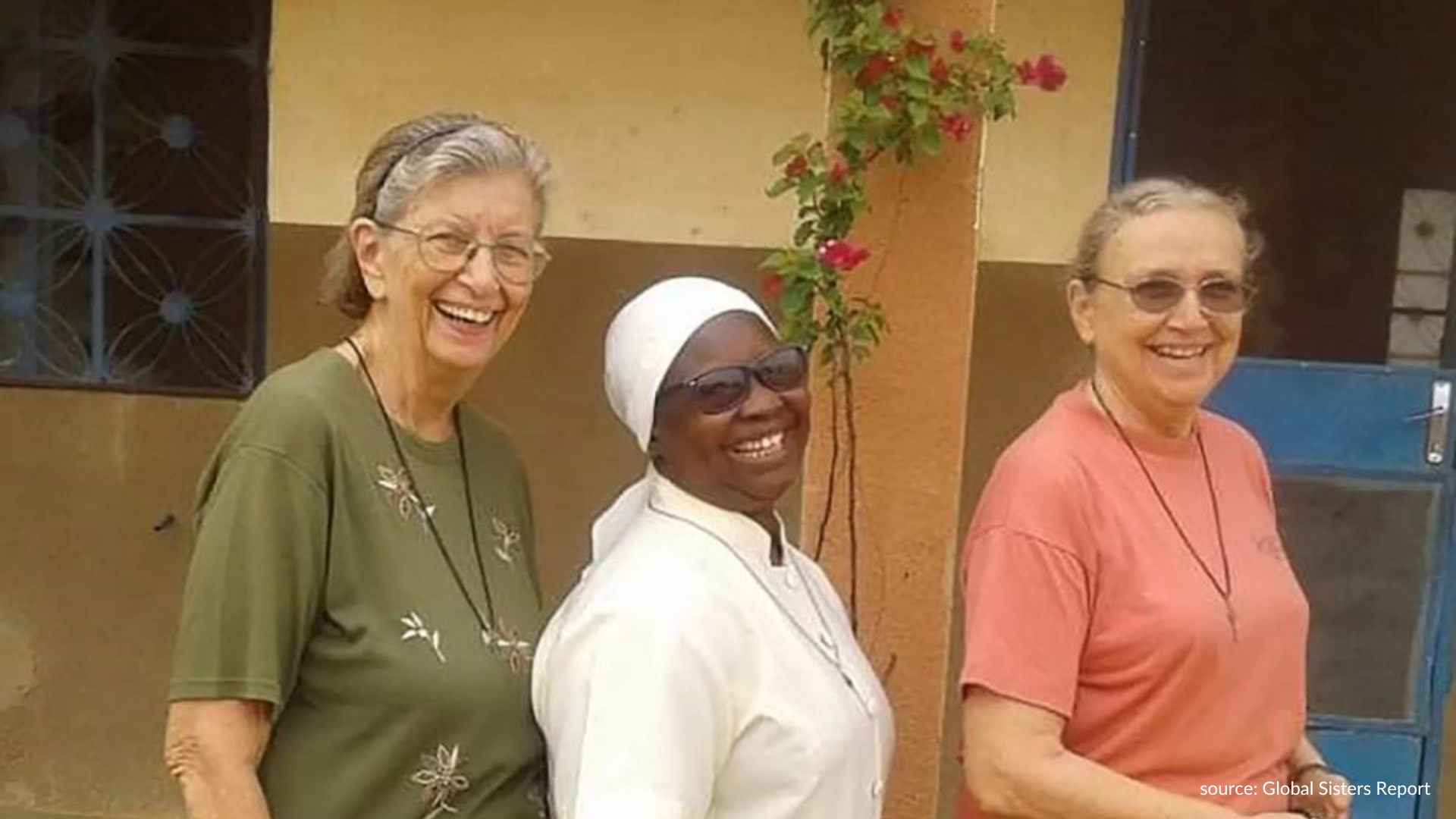